Education on your mind?

How to entertain and educate the kids at the same time?

The UAE is known for its swanky malls and state-of-the-art theme parks, besides the biggest, tallest and largest of everything. But what if, you and your kids are on a quest to broaden your understanding of different cultures and nationalities; to combine education and learning with fun and entertainment?

Fear not, as right here are some of your options in one of the most modern countries of the world.

Truly speaking, UAE is such a mixed-bag when it comes to recreation. When the kids aren’t playing, they are learning; which leaves no scope to get bored in county like this.

Fun Things To Do With Your Toddler In Dubai & Abu Dhabi This September
September 20, 2021 Posted by: Kidzapp Team Kids Activities

Not sure how to entertain your little balls of energy these days? Looking to join an activity to enhance your child's development or just want some plain 'ole fun? These are our top picks for some fun-tastic things to do with the tiniest members of your family. From toddler fests and sensory play, to soft play shenanigans and arcade fun, your little ones are spoilt for choice...... Read More

Now that birthday parties are finally allowed to take place in the UAE, all parents want to host the most spectacular fun-filled parties for their little ones. That's why we've gone above and beyond to round up the top venues that will go the extra mile to make sure that your kiddo's special day is crafted in the most exceptional way possible. From action-packed birthdays to teepee sleepovers and much more, all you have to do is choose the date!... Read More

We're lucky to live in a country where a short drive is enough to transport us to a blissful getaway. And you will find one of those divine spots right in the heart of Deira over at Swissôtel Al Ghurair. So if you are looking to treat yourself and your family with a little break, we know where you can go...... Read More

10 Best Places To Take Kids For Some Fun After School In Dubai and Abu Dhabi
September 06, 2021 Posted by: Kidzapp Team Kids Activities

After an exhausting day at school, our kiddos are obviously ready for some fun activities at the end of the day. These activities help in making them relax and unwind and are also crucial for their growth and development. We, as parents, can also take advantage of that time to bond with our precious little ones and learn about their day. The key is to find the perfect kind of activity that will keep your kiddo interested and entertained. That's why we've rounded up some of our favourite places to go, from waterparks, adventure parks and play areas to jumping up and down and pretend play!... Read More 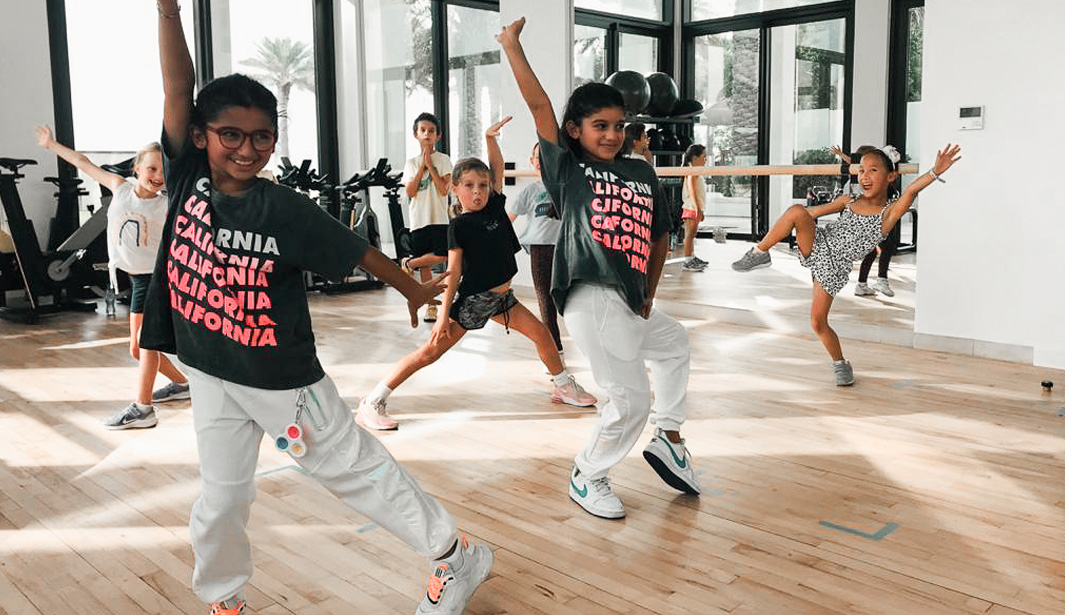 Kiddos are finally back to school and we are all slowly getting into our daily routines. It's a new school year and that means it's time to get your little one's signed up for some afterschool activities. With the endless options offered, this can be quite the overwhelming process for parents. But no need to worry, we've done our research and came up with a list of the best afterschool activities in Dubai and Abu Dhabi. Whether your kids want to learn a new language, shake their bodies to the music, develop their athletic side or dive into coding and technology, these fun afterschool activities are sure to bring out your child's passion! Still not sure what to choose? We have you covered with lots of free trials so that your kiddos can give it a try before you commit!... Read More 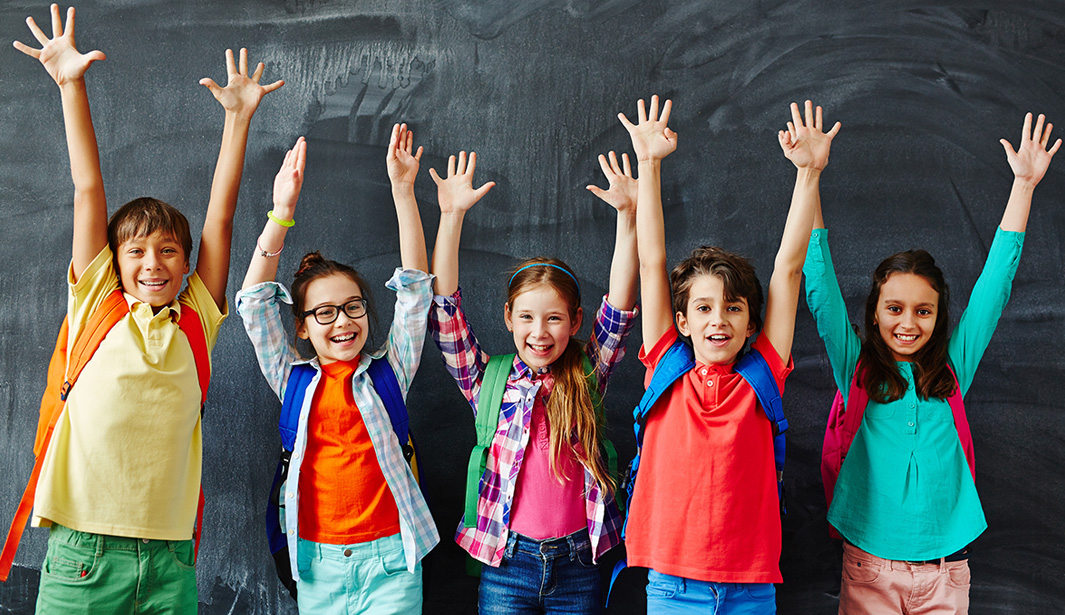 10 Tips For Getting Your Kids Ready For Back To School
August 23, 2021 Posted by: Kidzapp Team Kids Activities

With the summer holidays almost over, it’s time to get yourselves and your kiddos ready for the new academic year. Starting school entails so many changes like new friends, teachers, clothes, and classrooms, and it's only normal for children (and parents alike) to feel a little nervous about going back to school. Here are some easy steps to follow in order to help make this transition a breeze!... Read More 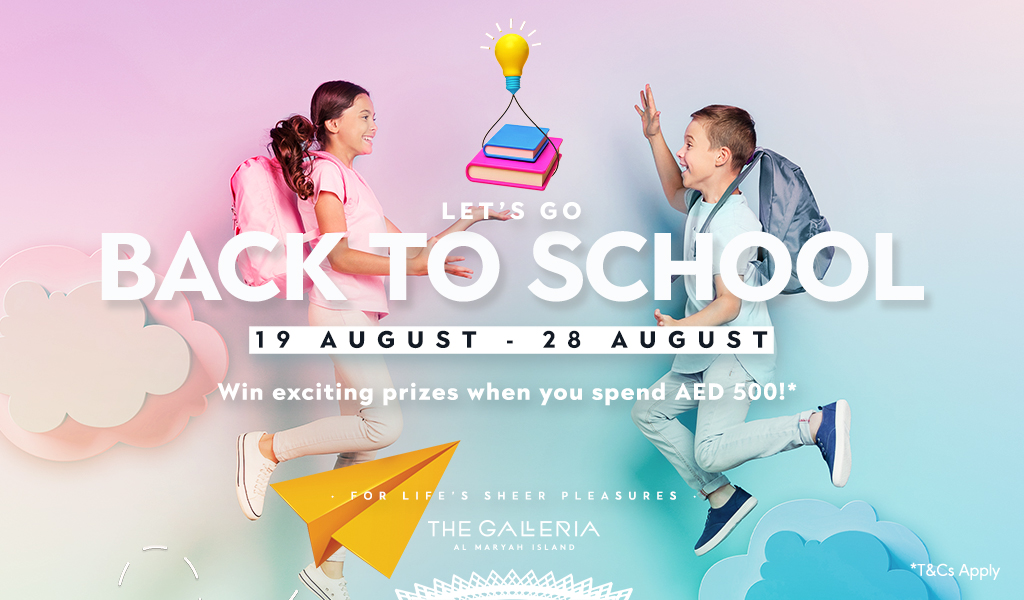 Back To School Shopping Made Fun Over At The Galleria Al Maryah Island
August 17, 2021 Posted by: Kidzapp Team Kids Activities

It's that time of the year again! Mom and dad, grab your kiddos and head over to The Galleria this August where you can win exciting prizes and find everything your little ones need for school.... Read More

Summer is slowly drifting away which means that school vacations are almost over! Now is not the time for being a couch potato, get up and be ready to make the most of August with your family, while you can. Whether you fancy adventurous staycations, magical boat cruises, creative activities, unique dining out experiences or splashing in waterparks, these are our picks of fun things to do before summer ends.... Read More

Summer is the epitome of fun. However with this hot hot weather, you might not be too excited about getting active outdoors. That doesn't mean you cannot beat the heat and entertain your family with lots of "literally" cool indoor activities - we’ve got you covered with awesome indoor play deals for you to try this week! Get your little kiddos moving at phenomenal play areas, riding the coolest kiddie rides, getting creative with chocolate workshops, bonding over finding clues and solving puzzles or challenge them with a fun laser tag game.... Read More

Head To City Walk For Your Dose Of Family Fun This August
August 04, 2021 Posted by: Kidzapp Team Kids Activities

Don't miss out on the Dubai Summer Surprises celebrations over at City Walk where your favourite characters from Hotel Transylvania such as Count Dracula, Mavis and Frankenstein are set to give you and your family a spook-tastic time out.... Read More

Tap Next to get a confirmation email from system.
Log into Kidzapp

We have sent an email to . Open the email and confirm your email address